How Coffee is Made (Part 1)

How Coffee is Made (Part 2)

>Accounts for 60% of the world's coffee

>Grown at high altitudes, in areas with

plenty of rain and shade.

>Most delicate of the 4 types of coffee

>Requires a hot climate where rain is

>Has almost twice the amount of

>The high amount of caffeine in the

bean protects it from insects and disease.

>Grew in popularity after 90% of the

Arabica crop was killed off by coffee

>Grown primarily in the Philippines.

>Once the Arabica crop rebounded,

>These beans are larger and more

irregularly shaped than other types of

>Accounts for 7% of the world's coffee.

>Often blended into other coffees in

order to boost the flavor and complexity. 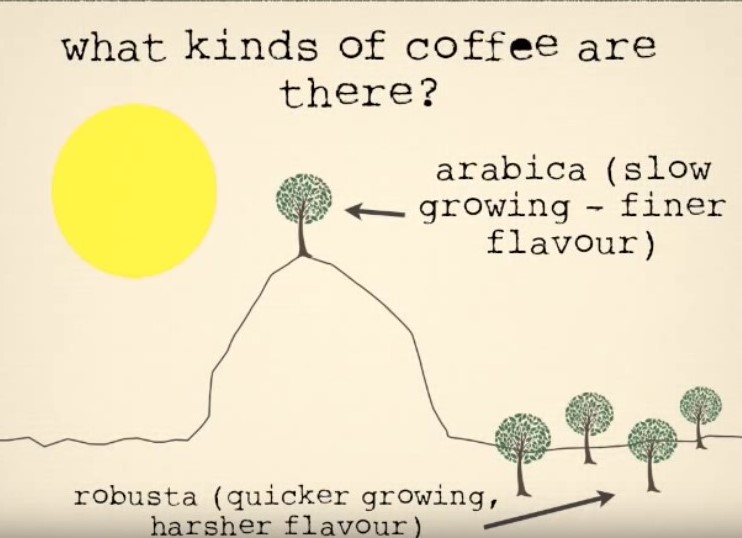